Tianjin is one of the fastest growing cities in China, and in a research by The Economist  in 2011, it was rated it as No.1 in over 200 major cities in the world in terms of its economic strength. PanCathay has had a close working relationship with Tianjin since 2003, and represents two of the major players in the city’s economic scene.  We are the trusted and respected official UK representative of two large economic organisations in the City, which provide many exciting investment opportunities.

Tianjin is also the biennial host of the Summer World Economic Forum since 2007. It has recently hit the headlines because, in a survey by Economist Intelligence Unit (EIU), it is the only major city on the East Coast to still maintain annual growth of more than 14%. According to the EIU survey, growth in Beijing last year was 8.1%, Shanghai 8.2% and in Guangzhou, 11%. Contrast this with the picture for Tianjin.

The advantage that Tianjin has is its easy access to Beijing (just 30 minutes by train) and the coast. Tianjin is historically, and remains, the major port for the north of China. That reputation is about to get a new and important twist with the building of Nan Gang – the south port which will be China’s major hub for the petrochemicals industry. 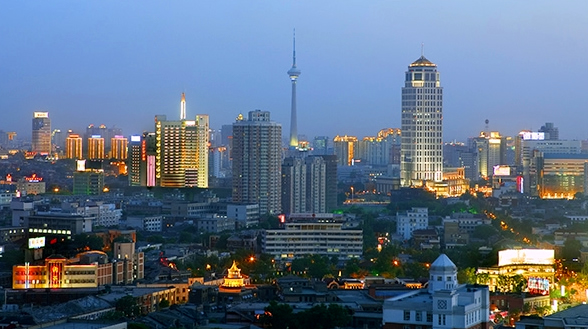 TEDA is China’s most successful development zone, which has consistently come top for 15 consecutive years against a set of measures which makes it a favourite place to invest in China. Click here to find out more.

Tianjin Property Rights Exchange (TPRE) is one of the largest marketplaces in China for both national and international organisations to undertake property rights transfers of all kinds including real assets, equities, debts and intellectual property rights. Clink here for find out more.